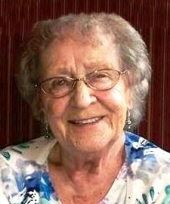 Julia Ann Clark Hinman-Bartlett, age 84, passed away on July 21, 2017. Julia was born in Meriden on April 12, 1933, a daughter of the late Harold & Mary Clark Sr. She was the widow of the late William Hinman and Robert Bartlett. Julia is survived by her children, Mary (Mike) Ormsby of East Calais, VT, Julie (Gene) Holuba of Wallingford, Willy (Maria) Hinman of Meriden, John (Fran) Hinman of Meriden, Ellen (Rodney) Beaulieu of Plantsville, Thomas (Ashley) Hinman of Northford, and David Bartlett of Meriden; sisters, Eva Erasmus of Meriden, Eileen Driscoll of Uncasville, & Mary Mousch of Meriden; brother, Harold Clark, Jr. of Palm Beach, FL; 13 grandchildren; 13 great-grandchildren, and several nieces and nephews. She attended St. Joseph School in Meriden for 9 years. Julia was active in many clubs in Meriden over the years, including the Womens Elks Club and the American Legion Auxillary for over 30 years, holding many chairs there. She was formerly employed at the Plasmid Corp. in Wallingford. Friends may visit with her family at BEECHER & BENNETT - FLATOW FUNERAL HOME, 48 Cook Ave, Meriden on Tuesday from 5:00 to 8:00 PM. Prayer Service will be held during this time at 7:30. Friends may also attend her Graveside Prayer Service on Wednesday at 11:00 AM in Walnut Grove Cemetery, 817 Old Colony Rd., Meriden. In lieu of flowers, contributions in Julia's memory may be sent to American Legion Post 45, 835 Hanover Rd., Meriden, CT 06451.