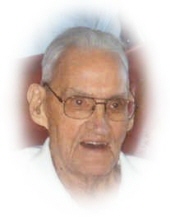 In Wallingford, October 10, 2007, Julius A. Dahlgard, Jr., of the Masonic Healthcare Center, formerly of Orange, husband of Merrilyn Carlson Dahlgard, father of Karen Dahlgard (Sidney Isenberg) of Orange, Jill (Wayne) Gibbs of Cheshire, Julius A. (Patricia) Dahlgard, III of West Haven and Craig H. Dahlgard of Cheshire, brother of Patricia Schroeder of Branford. Also survived by 10 grandchildren and 1 great-grandchild. He was predeceased by brothers Warren and Arthur Dahlgard. Born on February 17, 1921, he was the son of the late Julius A. and Ruth Humphry Dahlgard, Sr. Julius served in the U.S. Army Air Corp, during W.W. II, he attended the University of New Haven and later became a part owner of the Coe and Brown Co. working for 40 years before retiring in 1986. Mr. Dahlgard was a 57 year member of Annawon Lodge # 115, A.F. & A.M. of West Haven and the First Congregational Church of West Haven for 67 years where he served on many committees and boards. A Memorial Service will be held on Sunday, October 14th at 1 P.M. in the First Congregational Church of West Haven. Arrangements with BEECHER & BENNETT-TAYLOR FUNERAL HOME, 410 CAMPBELL AVE., WEST HAVEN. Memorial contributions may be sent to the First Congregational Church, Book of Remembrance, 1 Church St., West Haven 06516 or to The Masonic Charity Foundation of CT, P.O. Box 70, Wallingford, CT 06492.