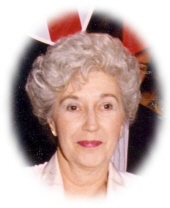 DEERFIELD BEACH, FL - June H. Hatch, 83, formerly of Meriden, died Thursday, Dec. 7, 2006 at MidState Medical Center. She was the wife of the late Walter S. Hatch, Jr. Born in Waterbury on June 19, 1923, she was the daughter of the late Harold and Madeline Cooper Hotchkiss. She retired in 1978 from Southern New England Telephone Company. June also worked with her husband, Walter at his business, Suburban Marine until her retirement in 1992. She is survived by her son, Wesley Hatch and his wife, Camille of Meriden; three sisters, Madeline Sara and Barbara Weeks, both of Arizona and Arline Dunham of Shelburne, VT; several nieces and nephews and her companion, her dog, Duke. The funeral will be held Monday, Dec. 11 at 10 a.m at the Beecher and Bennett- Flatow Funeral Home, 48 Cook Ave., Meriden. Burial will be in Walnut Grove Cemetery. Relatives and friends may call at the funeral home on Sunday from 5 to 7 p.m. Contributions may be made to MidState Medical Cancer Center, 455 Lewis Ave., Meriden, Ct 06451.