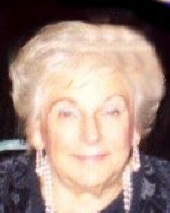 O'Brien, Karen, E. Saner Karen Elizabeth O'Brien, age 65 of Palmer Ave. Hamden, passed away June 7, 2008 at Conn. Hospice in Branford. Karen is the loving wife of Thomas J. O'Brien; mother of Thomas 'Tiny' O'Brien III, Kevin 'O'B' O'Brien and his wife Maria all of Hamden and John and his wife Marisa O'Brien of Meriden and sister of Frederick Saner of Oxford. Karen is also survived by her grandchildren; Eric, Britany and Sara and several nieces and nephews and cousins. Born in New Haven on April 21, 1943 she was the daughter of the late Frederick and Viola Bradley Saner. Karen was a former Town Clerk for the Town of Hamden and Secretary to Sales for Northeast Graphics as well as a Justice of the Peace. She was a member of the Hamden Junior Women's Club and Past President of the Hamden Emblem Club # 396. Her funeral will leave from BEECHER & BENNETT, 2300 Whitney Hamden, Wednesday at 9:30 AM. followed by a Mass of Christian Burial in Our Lady of Mt. Carmel Church at 10 AM. Burial will follow in Beaverdale Memorial Park, New Haven. Relatives and friends may call at the funeral home Tuesday from 4 to 8 PM.