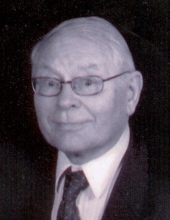 Karl Otto Knollmueller, PhD, of Cheshire, who retired as Senior Research Chemist from Olin Chemical Corporation, died on November 29, 2016. Formerly of Hamden, he lived at Elim Park Place in Cheshire since 2009. Karl was born July 12, 1931, in Regensburg, Germany and completed a PhD, summa cum laude, in chemistry at the University of Munich. Karl immigrated to America in April 1960 on the SS United States. After initially living in Chicago, he moved to New Haven when Olin centralized its research laboratory in 1961. He worked at Olin for 37 years and his research earned over 70 patents; in 1972 and 1979, he received the Industrial Research 100 (IR-100) Award, which recognized the 100 most significant research developments in industry that year. Karl was predeceased by his parents, Otto and Babette Schwab Knollmueller, and sister, Renate Knollmueller. He is survived by his wife, Ruth Nelson Knollmueller; two daughters, Linnea Knollmueller (Geof Smith) of Bronxille, NY, and Marit Knollmueller (John Rodman) of Silver Spring, MD; and a sister, Eleonore Knollmueller of Regensburg, Germany. BEECHER & BENNETT, 2300 Whitney Ave., Hamden, is in charge of arrangements. Burial is at the convenience of the family. If desired, contributions may be made to Connecticut Public Television www.CPTV.org.