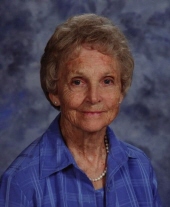 Kathryn Ibsen Lund, 93, of Hamden, formerly of North Haven, passed away at Connecticut Hospice on April 10, 2015. She was the loving wife of the late Gunnar Lund. Born in North Haven on June 11, 1921, she was the daughter of the late Andrew and Ida May Parker Ibsen. She is survived by a son, Eric (Cynthia) Lund, of Northfield, MN, a daughter, Martha (William) Smalley, of Guilford, and four grandchildren, Karsten Lund, Hannah Lund Taylor and her husband Ryan, Ian Smalley and his wife Bethany Feinstein, Christopher Smalley and his fiancée Kimberly Sessa. She also leaves her nephew, Robert A. Ibsen, Jr. and niece, Dorothy Zemler, and their extended families in Texas. Kathryn was a homemaker who later worked in the North Haven school system as a library aide for several years. She was a member of Trinity Church in Woodbridge for more than 80 years, serving as Church Librarian for 40. She also participated in the church Missions Committee, the choir, and taught Sunday School. She volunteered at FISH of Greater New Haven for 40 years and at the Yale Divinity School Library for 15 years. Her deep faith, indomitable spirit, and her friendship and ministry to others will be well remembered. A memorial service will be held on Sunday, April 19 at 3 PM in Trinity Church, Woodbridge. Burial will be private. Arrangements are in care of BEECHER & BENNETT, 2300 Whitney Ave., Hamden. Contributions in Kathryn's memory may be sent to Trinity Church, 33 Center Rd., Woodbridge, CT 06525, or to a charity of one's choice.