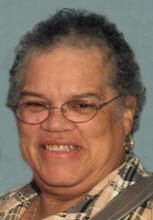 Kathryn 'Kate' Jayne Moore Luther, 78, of New Haven, passed away peacefully on December 21, 2015 at Milford Hospital-Hospice Suite. She was born on October 15, 1937 to the late Kathryn Brown and Robert Moore of Willamsport, PA. She is survived by her sons Steven (Cynthia), David (Elaine) Luther, and Robert Bunnell, daughters Deborah Luther and Denise Bunnell. Also survived by her brothers Ed (Barbara) and Joseph Moore, sisters Cindy Moore, Judy Davidson (William), and Vanessa Coates (Raleigh), brother-in-law Larry Morrison, also 8 grandchildren, 6 great grandchildren, and many nieces and nephews. She is pre-deceased by her son Stewart Luther, brothers Robert, Charles, Keith, Wayne, and Timothy Moore, and sisters Christine Moore, Gretchen Ahmed and Cheryl Morrison. After attending culinary school and becoming a chef, Kathryn was employed by several elderly housing complexes such as Tower One Jewish Home for the Aged, and Ella B. Scantleberry Senior Living to name a few. Her true passion however was cooking for her family and friends, who all said there was nothing better than Aunt Kate's rum cake and rice pudding. She also enjoyed sewing, traveling, the casinos, and golfing. But above all else, she truly loved her family. Kathryn's family would like to give a special heartfelt thanks to all of the staff at Milford Hospital's ICU, and Memorial 3 West Hospice Wing. Family and friends are invited to attend a memorial service for Kathryn on Saturday, January 9, 2016 at 3pm in the BEECHER & BENNETT FUNERAL HOME, 2300 Whitney Ave. Hamden. Friends may also visit with her family from 2-3pm prior to the service. In lieu of flowers, donations in her memory may be made to the American Cancer Society, 38 Richards Ave. Norwalk, CT 06854, or www.cancer.org/donate .