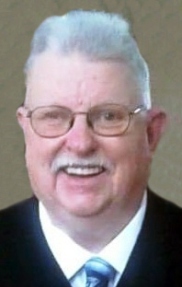 Kenneth Arthur Larson, Jr., 74, of Branford passed away at his home on January 17, 2022. Ken was born in New Haven on July 28, 1947 to the late Kenneth and June Glatfelter Larson. He grew up in Orange and was a graduate of Amity High School class of ’66 before attending Hiram Scott College in Nebraska. In 1968 Ken started his career with the CT DOT as a toll collector. He went on to become a supervisor before taking on the role of Fiscal Administrative Assistant until his retirement in 2019. Ken was a longtime member of the Branford Elks where he held several officer positions, the last as Esquire. A huge Boston sports fan, he enjoyed traveling all over the country to see the Boston Red Sox and the Patriots. But his most favorite place to visit was Chatham, MA, somewhere his family visited often. Ken felt it was important to give back; whether it was as a volunteer firefighter for the town of Orange, volunteering at the Beardsley Zoo, or religiously donating blood to help others.
Ken will be lovingly remembered by his siblings, Elise Gordon and her husband Jeffrey of Chatham, MA and Dr. Matthew Larson of Milton, MA, and by his cousins around the country and in the UK.
Friends are invited to visit with his family on Wednesday, January 26th from 3:00 to 6:00 p.m. at BEECHER & BENNETT FUNERAL HOME, 2300 Whitney Ave, Hamden. Burial will be private. In lieu of flowers, contributions in Ken’s memory may be made to the American Heart Association by going to www.heart.org.