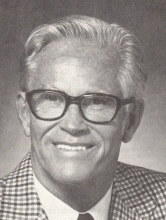 Kenneth A. Titus, age 92, died peacefully at home in Branford on September 14, 2010. He was predeceased by his beloved wife, Barbara Treworthy Titus, on May 22, 2009. Born on September 16, 1917 in Brooklyn, NY, he graduated from Adelphi Academy and Browne's Business College. During Word War II, he joined the US Coast Guard. He later transferred to the US Maritime Service and was the officer in charge of the recruiting office in Philadelphia, PA. After the war, he became a training specialist for the Veterans Administration. In 1947, Mr. Titus founded the Connecticut School of Electronics in New Haven and served as president until he sold the school in 1995. He was also vice president and co-founder of American Television from 1951 to 1958. He was a charter member of the Connecticut Association of Private Schools and his school was fully accredited by the National Association of Trade and Technical schools. Mr. Titus was a badminton instructor at the Philadelphia Central YMCA in 1946 and 1947 and at the Branford Community House from 1948 to 1965. He was an avid boatman and fisherman; his boat, Tiderunner III, was frequently sighted off the shores of Southern New England. From 1983 to 1986, he was president of the Kon Tiki Outrigger Club in Islamorada, FL. A long time resident of Stony Creek and later of Branford, he was predeceased by his brother Captain Henry (Harry) A. Titus and is survived by his sister, Erna Mae Titus, his daughter Dr. Linda Titus-Ernstoff, a professor at Dartmouth Medical School, and sons Kenneth Charles (KC) Titus, a renovation contractor in San Diego, and Captain James H. Titus of Branford. He is also survived by ten grandchildren and five great-grandchildren. His sense of humor and sage counsel will be dearly missed by his family and friends. Interment will be private. A memorial service will be held at a later date. Condolences can be sent through www.beecherandbennett.com In lieu of flowers, contributions in memory of Mr. Titus can be made to the Stony Creek Fife & Drum Corps- P.O. Box 1886, Branford, CT 06405 or the Branford Land Trust- P.O. Box 254, Branford, CT 06405.