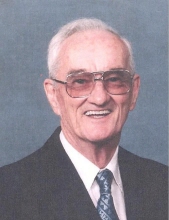 Kenneth Gregory passed away on May 13, 2014. He was a son of the late John Henry and Julia Ann (Butt) Gregory of Trinity Bay and Spaniards Bay, N.L.. He was born in Halifax in 1919 and his family moved to Meriden in 1924, where he attended school, business school and then worked for General Motors until 1970. In 1997, at the age of 79, he was married for the first time to Clara Frederick Baker, at which time they moved to her home in Halifax, and he held dual citizenship with Canada and the United States. Kenneth proudly served in the U.S. Army during the WWII as a member of the 473 Regiment, 5th Army he spent time in North Africa as an Anti-Air Craft Battalion and then transferred to Italy as infantry from Salerno to Geneva. He received several metals that included a heroic achievement medal. After the war he returned home to Connecticut. He was an avid golfer and bowler and loved reliving those specific moments. Kenneth is survived by two cousins, Mary and Maureen Regan of Nova Scotia as well as many nieces and nephews in the United States and Canada. He was predeceased by his wife Clara Gregory , sisters; Edna and Chelsey, and brothers Clarence, John William, Harold and Robert. A funeral service will be held on Tuesday, May 27, 2014 at 12:00 noon at Beecher & Bennett-Flatow Funeral Home, 48 Cook Ave., Meriden. Burial with Military honors will follow at Walnut Grove Cemetery. According to Kenneth's wishes, no flowers please. Memorial donations may be made to a charity of one's choice. To send a condolence please see obituary at www.beecherandbennett.com.