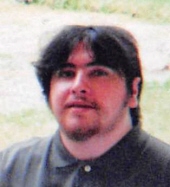 Kevin J. Woodward, age 34, of Hamden, passed away peacefully in his sleep on the morning of Sunday, February 12, 2017 following a brief illness. He was predeceased by his grandparents, Millicent 'Millie' Bentley, Harry & Margaret 'Marge' Woodward and Richard 'Dick' & Lois Bentley. Kevin was the godson and nephew to the late Wayne Woodward. He was born December 29, 1982 in New Haven, the beloved son of William 'Woody' Woodward and Linda (Bentley) Woodward. He also leaves behind his brother Travis Woodward & his wife Ivana; stepfather John Coassin, Jr; aunts & uncles Richard & Gale Bentley and Lenny & MaryEllen Herpok; nieces Laura & Maya Woodward; the family bird Kramer; cousins Heather Bentley, LisaAnn & Thomas Schmidt, Michael & Erin Herpok as well as others. Kevin enjoyed music, playing his guitar and video games, and although he kept to himself, he was truly a joy to be around. Friends may visit with his family on Friday, February 17th from 9:00 to 10:00 AM with his Funeral Service to begin at 10:00 AM in BEECHER & BENNETT FUNERAL HOME, 2300 Whitney Ave, Hamden. Burial will follow in Centerville Cemetery. Should friends desire contributions in his memory may be made to ASRC, Autism Services and Resources Connecticut, 101 No. Plains Rd, Harvest Park, Wallingford, CT 06492.