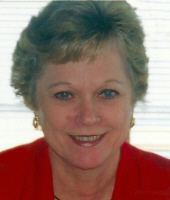 LaVerne G. Klein Ahern, age 70, of West Haven, passed away on January 30, 2015. LaVerne was the wife of William J. Ahern. Born in New Haven on July 20, 1944, she was the daughter of the late Frederick & Erma H. Klein. She is also survived by her son Ryan C. Ahern & his wife Kat of West Haven and her brother Clifford Klein & his wife Helen of Wallingford. LaVerne was predeceased by her son William F. Ahern. She was a graduate of Southern Connecticut State College where she received her Masters Degree, she started her career as a school teacher at the Peck Place School for the Orange Board of Education, then raised her 2 boys and subsequently continued on teaching at the Thompson School, Forrest School, and finally Seth G. Haley School in West Haven, from where she retired. She was a member of the West Haven Historical Society, she organized many Memorial Day Parades for West Haven, ran Alex's Soup Kitchen for 9 years, and had been a member of First Congregational Church of West Haven since she was a child, serving as a Deacon for many years. She also was a recipient of many awards, including the Duffy Award, a City of West Haven Official Citation in Recognition of Many Years of Community Service, a Certificate of Special Congressional Recognition for Outstanding Contributions to Young People through Commitment to Education, the Distinguished Service Award for Exemplary Service Rendered to the West Haven Community by the Annawon Lodge #115, A.F. and A.M., and The Veterans Council of West Haven Certificate of Appreciation. Friends may visit with her family from 4:00 PM to 8:00 PM on Tuesday at Beecher & Bennett - Taylor Funeral Home, 410 Campbell Ave, West Haven and may attend her Funeral Service on Wednesday at 11:00 AM in the First Congregational Church of West Haven, please utilize their 464 Campbell Ave. entrance. Contributions in her memory may be made to the First Congregational Church, Book of Remembrance, 1 Church St, West Haven, CT 06516.