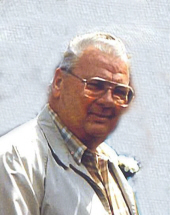 Meriden- Lawrence A. Gehrke, 89, husband of Elaine (Maronde) Gehrke passed away peacefully on Tuesday, June 23, 2015 at Masonic Healthcare. He was born October 26, 1925 in Solon, Maine a son of the late Albert F. and Mabel (Kiger) Gehrke Jr. Lawrence proudly served his country in the US Army during WWII. He was stationed in Iran, transportation corp. for 2 years. After the service he returned to Maine and worked in construction. In 1949 he moved to Connecticut and worked for CL&P for 32 years before retiring. He then moved to Embden, Maine, where he built a house and lived for the next 22 years. Lawrence enjoyed wood working, hunting and feeding the wild life. In addition to his wife Elaine, he is survived by a son, Jeffrey Gehrke of Litchfield, NH, a daughter, Laurel Strielkauskas of Meriden and two granddaughters, Stacy and Abby Strielkauskas. A funeral service will be held on Thursday, June 25, 2015 at 10;30am at Beecher & Bennett-Flatow Funeral Home, 48 Cook Ave., Meriden. Burial will follow at CT. State Veteran's Cemetery, Bow Lane, Middletown. Relatives and friends may call at the funeral home on Thursday from 9:30-10:30, prior to the service.