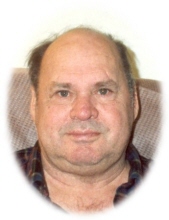 In West Haven, March 14, 2007, Lawrence B. Dee, 78 of Harding Ave., West Haven. Husband of the late Georgette Clifford Dee, he is survived by his daughter Mary Dee of West Haven, granddaughter, Lisa Clements and her husband, Tom of Miami, FL, great-grandchildren Kyle and Caroline, sisters, Elva Holbrook of VA and Joyce Trask of NC, brothers, Robert Dee of TN, Howard Dee of OH, and John Dee of New Brunswick, Canada, several nieces & nephews and several great-nieces and nephews. In addition to his wife, he was predeceased by son, Eric Dee and brother, Richard Dee. Mr. Dee was born Sept. 5, 1928, a son of the late Lawrence and Marguerite McNally Dee, Sr. He was a resident of West Haven from 1964 to 2007. Prior to his retirement at age 60, he was a conductor for Metro-North Railroad. He was a member of the Masons Benjamin Lodge # 31. Funeral service Sat., March 17 at 11:00 a.m. at BEECHER & BENNETT-TAYLOR Funeral Home, 410 Campbell Ave. at Court St., West Haven. Friends may call one hour prior to the service from 10 to 11:00 a.m. Memorial contributions can be made to W.H.E.A.T., 674 Washington Ave., West Haven, CT 06516.