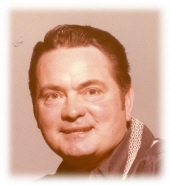 Lawrence 'JR' Martin, 77, husband of 53 years to Johanne Krott Martin of Sherman Ave., Hamden, passed away suddenly at his home on December 22, 2008. He was born in Anthras, TN on August 8, 1931 to the late Lawrence and Jeannette Hill Martin. Besides is wife, Lawrence leaves his daughter and son-in-law Deborah and Bruce Boyer of DeLand, FL, sister Hazel Wilson of Russellville, TN, brothers-in-law, Edward Krott of Hamden, Chris Krott of New Haven, and sisters-in-law Patricia Walker of Woodstock, and Elaine Krott of Carlsbad, CA, four nieces in TN and SC, and his good friends Robert and John Esposito, both of Hamden. Lawrence spent most of his childhood in Kentucky before moving to Connecticut to build green houses. He worked for Wakin Bros. in KY, Rough Bros. in OH, Krott Gardens, where he met his wife, Hamden Manufacturing, Ryobi, Keegan Co., and Marlin Realty all in CT. Lawrence enjoyed watching boxing but also participating in the sport. He was an amazing gardener and had a love of greenhouses and farms. Family and friends will miss him terribly, especially is favorite line, 'Keep Punching'. A Funeral Service will be held on Saturday, Dec. 27th at 11 a.m. at BEECHER & BENNETT 2300 Whitney Ave, Hamden. Friends may visit with the family on Saturday morning from 10 to 11 a.m. Memorial contributions in Lawrence's memory may be sent to the charity of ones choice.