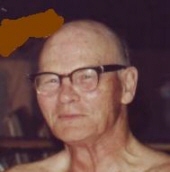 Newspaper editor and novelist Lee Grimes, 89, passed away at Whitney Center, Hamden on Oct. 25, 2009. The Nebraska native graduated from Yale in 1941, and enrolled in Columbia Journalism School. When Pearl Harbor was bombed he enlisted in the Army Signal Corps, where he rose to first lieutenant. In 1945 he married a fellow Nebraskan, Mary Aileen Cochran. The couple moved to Oxnard, California in 1946, where they joined other family members in the purchase and management of a daily newspaper, the Oxnard Press Courier. Lee was Managing Editor, then Editor until 1965, except for a two-year period during the Korean War, when he served as a Captain in the Army Signal Corps. After leaving the newspaper he wrote and published five suspense novels and a children's book. In 1971 Lee and Mary moved to New Haven, where Lee was active in the O.C. Marsh Associates at the Yale Peabody Museum, and the New Haven Kiwanis Club, where he became President. Lee and Mary were world travelers, and he was an avid photographer. Lee was pre-deceased by two brothers, Thomas and David. He is survived by one brother, George; his wife Mary; three children, Robert, Douglas, and Diana; and two grandchildren, David and Dana. A memorial service will be held at Whitney Center, 200 Leeder Hill Dr., Hamden, at 3:00 P.M., Wednesday, November 18, 2009.