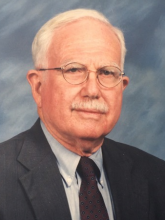 Lee Johnson Howard, Sr., passed away on June 3, 2016, at the age of 92, at Whitney Center, Hamden, CT. He was a native of Kinston, NC, son of the late Curtis and Eleanor Johnson Howard. He served in the army during WWII and was awarded the Selective Service System Award for exceptional meritorious service. After the war he attended the University of North Carolina at Chapel Hill, earning a degree in Journalism. Subsequently realizing his true passion was music, he studied music at Converse College in South Carolina. He then attended the Yale University School of Music, earning both Bachelor's and Masters degrees in Music Theory and Composition, studying with Paul Hindemith. Upon graduation, he taught at Atlantic Christian College, now Barton College, in Wilson, NC. In 1958 he was beckoned back to New Haven, where he became director of the Neighborhood Music School. As director of NMS, Lee led initiatives to provide music education to high risk, low income children. In addition, he took on the role of organist and choir director at St Paul's Episcopal Church, where he served for 40 years. In 1998 after a brief retirement, he became organist at Christ Episcopal Church in West Haven, CT where he served for 10 years. In 1968, Lee joined the Hamden Public School System where he pioneered the Kodaly Method of teaching choral music to children. He taught in Hamden for 25 years. In 1977-78 he spent a year in Kecskemet, Hungary on a sabbatical, honing his skills as a Kodaly expert. Lee was the conductor of the local German chorus, Harugari. He was also a music leader in the afternoon children's program Light and Peace at St. Paul's. In 2002 he was the recipient of the first Light and Peace Award for his significant contributions to the well-being of children. He was also the piano accompanist for the New Haven Children's Chorus. In his spare time he was an avid gardener, voracious reader, and chamber music enthusiast, playing cello, piano, and recorders. Lee is survived by his three children, Helen Härter Howard of Washington, DC, John Curtis Howard (Mamie Bittner) of Takoma Park, MD, and Lee Johnson Howard, Jr. (Valorie Howard) of Roswell, GA; three grandchildren, Marissa Howard, Samuel Howard, and Nora Howard; a brother, Pierce Howard of Charlotte, NC; numerous nieces and nephews, and his former wife Hannelore Härter Howard of Hamden, CT. He was predeceased by his sisters; Virginia, Nancy and Eleanor, and brothers; Curtis William III and Alexander. In lieu of flowers, memorial contributions may be sent to Loaves and Fishes, c/o The Episcopal Church of St. Paul and St. James, 57 Olive St., New Haven, CT 06511, OR the Eleanor and Curtis Howard Scholarship Fund at Gordon St. Christian Church, 118 E. Gordon St., Kinston, NC, 28501, OR to Barton College, 200 Atlantic Christian Col Dr. NE, Wilson, NC, 27893 for the Howard Chapel. Friends are invited to a Memorial Service on Saturday, Sept 3, 2016, at 2 PM, at the Episcopal Church of St. Paul and St. James, New Haven (Formerly St. Paul's Episcopal Church). BEECHER & BENNETT, 2300 Whitney Ave., Hamden in care of arrangements.