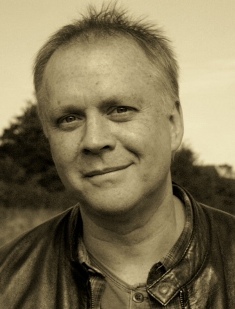 Leejay Rudenjak, age 65, passed away on June 17, 2021 at Connecticut Hospice in Branford, Connecticut.  He was born on June 19, 1955 at the U.S. Naval Hospital in San Diego, California, eldest child of the late Leo Rudenjak and Janet Rudenjak, (nee Uminger,) who currently resides in Spring Hill, Florida.

Leejay – Aka “Lee” and “Dogbone Jackson”– grew up, as he would proudly say, in the Pine Barrens of New Jersey. As the firstborn of five children, in a tightly knit and loving family, Leejay was very protective of his siblings from early childhood and throughout his entire life. He went to Jackson Memorial High School and came to New Haven to attend Yale University as an art major, graduating with a B.A. in 1977.  Often sporting long hair, T-shirts, and jeans, the word “preppy ” never applied to him.  He stayed in Connecticut after graduation, working for Yale’s Office of Development and later as a writer for the Office of the Recording Secretary, where he cemented friendships that would last his lifetime.

Leejay was a charismatic writer, songwriter, musician, artist, and poet who loved to interact with people and with animals.  People, in turn, were drawn to him by his magnetic and empathetic personality, and his inimitable witty sense of humor. Casual acquaintances were inevitably deeper than that, because bonds of friendship formed quickly, genuinely, and solidly.

He volunteered for years as a member of Friends of Beaver Ponds Park doing clean-up and plantings at the park in New Haven, organized by his dear friends Bill Bidwell and Nan Bartow.  Leejay loved nature, books, movies, hiking and walking, birdwatching, designing and building things, going to the Townhouse Diner with friends for blueberry pancakes with excessive blueberries, and the Friday New York Times crossword puzzles, among many other pastimes.

Leejay’s career at Yale was cut short by a devastating, life-altering hemorrhagic stroke in October of 2017.  It left him badly disabled physically, but his mind and intelligence remained crystal clear.  He rose to the challenge, spending months of rehabilitation at Gaylord Hospital and undergoing multiple surgeries after his release. His positive attitude, humor, and determination to improve his condition were inspiring to all who knew him.

Although he could not return to work at Yale, his focus over the last couple of decades had been on his music and songwriting. He had already released three CDs of his original songs: Switchtracks, Dustbowl Soul, and Dog Heaven, produced by his friend Dick Neal. Leejay forged on to create some of his finest songs after his stroke, drawing in a core family of musician friends– Dick Neal, Istvan B’Racz, Bob Csugie, Anne Marie Menta, Mark Mirando, Jordan Jancz, Scott Lebish, Frank Critelli, Mike LaSala, Larry Deming, Vic Steffens and Leejay’s nephew, Evan Rudenjak, to name a few-–to play out his vision of these songs. The projects were unfinished at the time of Leejay’s death, but his friends have vowed to finish them.

Leejay’s physical battles were ongoing until his passing on June 17th, the worst enemy being a debilitating chronic searing pain that eventually wore him down.

Leejay was predeceased by his father Leo Rudenjak, his brother Greg Rudenjak, his sister Lynn Deroide and his nephew Nicholas Rudenjak. He was also preceded in death by his beloved cat Pookie, also known as his Loyal Retainer. He is survived by his dear mother Janet Rudenjak, his sister Sandy Fagan and her husband Michael, his brother Jeff Rudenjak and his wife Lori, his nephews Scott Rudenjak, Evan Rudenjak, and Jamie Deroide, and his nieces, Jenny Deroide and Kristie Deroide; and from as far back as his childhood, he is survived by his family of many, many, friends, his most immediate circle including Sumi Kagei, Lisa Carter, Sam and Ana Dunlop and Will and Ali, Richard Horne, Jim Hagen, Istvan B’Racz, and Lydia.

No one could have endured for so long the post-stroke pain as gracefully and with as much courage as Leejay. Rest in peace now surrounded by the love of your family and friends. And thanks for making the world a better and more interesting place.

A memorial event will be held in Leejay’s honor at a time and place to be determined.  In lieu of flowers please send donations in his name to Friends of Beaver Ponds Park, Best Video in Hamden, CT Hospice, or to any animal rescue organization of your choice. 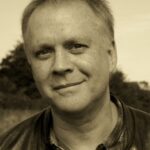 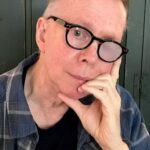