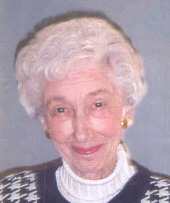 Lenore Pedersen Macauley passed away peacefully at the Whitney Center in Hamden, CT on June 5, 2012 at the age of 92 years. She was predeceased by her husband Arthur P. Macauley. Born on July 27, 1919 in Hamden, Lenore was a daughter of the late Jens Reinhold Pedersen and Lillian James Pedersen and the sister of the late Lillian Pedersen Klaus. Lenore was raised and educated in the Whitneyville section of Hamden. She was a member of the first graduating class of Hamden High School in 1936. She received her Bachelor of Education from the New Haven State Teacher's College in 1940. Later she earned the Masters of Arts with the cooperative program of Southern Connecticut and the Department of Education of Yale University. In 1962 she completed her sixth year of study in Speech and Hearing at Southern CT State University. Lenore was a beloved Kindergarten teacher at the former Putnam Avenue School in Hamden for 22 years. After she attained her sixth year certificate in 1962, she became the first Speech and Hearing Clinician in the Hamden public schools which continued up until her retirement in 1976. Mrs. Macauley was a past member of Delta Kappa Gamma. She was also a devoted lifetime parishioner of the Whitneyville United Church of Christ. She loved children, music, bridge, golf and life itself. Mrs. Macauley is survived by her stepchildren Brian (Barbara Deegan) Macauley of Clinton, CT, Arthur (Helen Goekler) Macauley of Westerly, RI and Patricia Macauley (Hans) Bode of Newport Beach, CA. She also leaves a nephew, Robert R. (Mary Dyer) Parker of Ashford, CT, 8 step-grandchildren, 13 step-great-grandchildren as well as a great niece and nephew. A memorial service to celebrate Lenore's life will be held at the Whitneyville United Church of Christ, 1253 Whitney Avenue, Hamden, CT, on Monday, June 11th at 11AM. Her burial will be private at the Whitneyville Cemetery. There will be no calling hours. BEECHER & BENNETT FUNERAL HOME, 2300 Whitney Avenue, Hamden is in charge of arrangements. In lieu of flowers, memorial contributions may be made to the Whitneyville United Church of Christ.