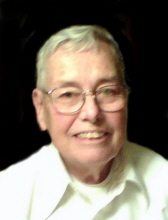 Lester Gilbert Martin, 83, of Franklin St., North Haven, husband of the late Margaret Martin, passed away on November 25, 2009 at the CT Hospice. He was born in Nashua, NH on February 1, 1926 to the late George and Elizabeth Adams Martin, Sr. Lester is survived by his daughter, Judith Halkovetz of North Haven; son Robert Martin and his wife Juanita of Greenwood, SC; grandchildren, Julie Amendola, Justin Halkovetz, Crystal Jones; great-grandchildren, Robert and Ashlee Amendola, Hailey Halkovetz, Hunter and Jordan Jones, and Ethan Hied; also nephews and many friends. Besides his parents, he was predeceased by his brother, George Martin, Jr. and son-in-law, John Halkovetz. Lester has been a resident of North Haven for the last 58 years, is a US Navy Veteran, and worked for Dallas Electric in Hamden as an electrician. He was an active member of the First Baptist Church in New Haven and was part of their Topnotchers Club. He was a lifelong member of the American Legion Post 76, and the Masonic Wooster Lodge #79 A.F & A.M. Lester was always very active in the Boy Scouts and the Scottish Rite. When he was not working, Lester enjoyed playing cards, word searches, traveling to New Hampshire and South Carolina, woodworking and bowling. He also enjoyed his grandchildren with projects and playing or reading stories to his great-grandchildren. Friends may visit with the family at BEECHER & BENNETT, 2300 Whitney Ave., Hamden on Monday, November 30th from 8:30 to 10:30 a.m. Funeral Service will be held at the First Baptist Church, New Haven on Monday at 11 a.m. followed by a burial at Beaverdale Memorial Park. Contributions in Lester's memory may be sent to CT Hospice, 100 Double Beach Rd., Branford, CT 06405 or the First Baptist Church, 205 Edwards St., New Haven, CT 06511.