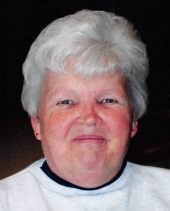 Linda Edla Mitchell, 74, of Wallingford passed away on January 15, 2018 at MidState Medical Center. Born in New Haven on February 13, 1943 to the late John and Edla Liden McLeod. Linda grew up in New Haven before moving to Wallingford 52 years ago. Before retiring, she had been a dental assistant for 44 years. She had been a member of the Rainbow Girls and was an avid Boston Bruins fan. Linda was known as the “caretaker” of her family and friends; always being there for anyone who needed her. She loved trips to Disney World and cherished every moment with her grandchildren. Linda will be remembered as a dedicated mother to her children, Sandra Naumann of Wallingford, Laura Montgomery of Wallingford, and David (Tiffany) of Clermont, FL; a devoted grandmother to her grandchildren, Braeden, Mikaela, Shaena, and Aalaeha Naumann, Jason and Alaina Montgomery, and Shawn Mitchell; and loving sister to Donald McLeod of Wallingford, John McLeod of North Haven, and Margaret Creaser of Whitensville, MA. Friends are invited to visit with her family on Friday, January 19th at BEECHER & BENNETT, 2300 Whitney Ave., Hamden from 4:00 to 8:00 p.m. Her Funeral Service will be celebrated in the funeral home on Saturday morning at 10:00 a.m., followed by her burial in Beaverdale Memorial Park.