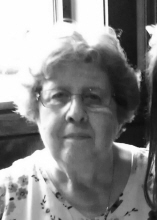 Linda Lee 'Windy' Nugent, 74, of Hamden, Connecticut passed away on Tuesday, May 26, 2015 at Yale-New Haven Hospital. Linda was born on February 7, 1941 to the late Joseph E. Merlone and the late Elizabeth Schaivi Baroncini and was the stepdaughter of the late Ted Baroncini. Linda was a devoted wife, mother, grandmother and great-grandmother. Her joy in life was her family. An avid gardener, she served as the president of the Women of Woodbridge Club for many years and as a parishoner at Assumption Church in Woodbridge and St. Rita's Church in Hamden, Connecticut. She was a kind and caring woman with a fabulous sense of humor and a love for all animals. She is survived by her husband of 56 years, James A. Nugent and their six children: Michele Nugent; Michael A. Nugent (Elizabeth); Susan Nugent (Jennifer Armstrong); James J. Nugent (Julia); Robert J. Nugent (Lauren); and Scott D. Nugent (Paula). She was the proud grandmother of Christopher, Michael and Daniel Severino and Samuel Goodell; Matthew, James, Patrick, Charles, Benjamin, Luke and Kayla Nugent; Aidan and Casey Nugent-Armstrong and great-granddaughter Isabella Severino, all of the greater New Haven area. Linda was cared for at home during the final months of her life by Tammy Little, Kimberly Richardson, Latisha Smith and Alicia Warner, all of whom provided exceptional love and care for which the family is enormously grateful. Calling hours at Beecher & Bennett, 2300 Whitney Avenue, Hamden on Thursday, May 28, 2015 from 4pm - 8pm. A funeral mass will be celebrated in St. Rita's Church, 1620 Whitney Avenue, Hamden on Friday May 29th at 10:00am. Burial in Centerville Cemetery, Washington Avenue, Hamden, Connecticut, immediately following the mass.