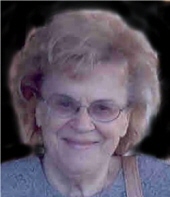 Lorraine A. Garcia, age 82, formerly of 12 Furman Rd, Hamden, passed away April 7, 2009. Lorraine was the widow of Emil F. Garcia, Jr; mother of William C. & his wife Laura Garcia of Hamden and Robert G. Garcia & his fiancee Sharon Raudat of East Haven & grandmother of William R. Garcia & Robert A. Garcia. Lorraine is also survived by several nieces & nephews. Born in Hamden on Feb. 15, 1927, she was a daughter of the late Pasquale & Margaret Nardy Antonio and sister of the late Margaret Casanova, Harry M, Ernest, Marshall, Edward B. & Ralph R. 'Babe' Antonio. Lorraine was a former bookkeeper for Harold Formal Wear in New Haven, for the former B & B Grocery & Deli and for the former Pine Rock Tile Company that her brothers operated. She also worked for the Easter Seals Rehabilitation Center. She enjoyed bowling, golfing, volunteering at St. Ann's Soup Kitchen, but most of all cherished her time spent with her grandsons. Her funeral will leave from BEECHER & BENNETT, 2300 Whitney Ave., Hamden on Saturday at 9:15 AM, followed by a Christian Blessing at 10 AM in St. Ann's Church. Friends may also visit with her family at the funeral home on Friday from 5 to 8 PM. Interment will take place in Beaverdale Memorial Park, Hamden. Contributions in her memory may be made to: St. Ann's Soup Kitchen, 930 Dixwell Ave. Hamden, CT 06514.