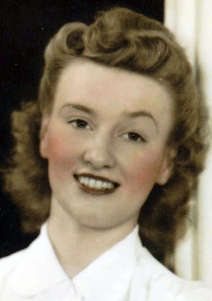 Lorraine D. Green, 102, wife of the late Harvey B. Green, passed away December 10, 2021. She was born in New Britain on October 5, 1919, the daughter of the late Harry R. and Linda Engel Dill, and had resided in Orange for over 60 years. Prior to retirement, Lorraine worked as secretary to the president of the Adley Express Trucking Co.
Among many talents, she was a gifted seamstress and pianist. Her music brought joy to holidays and family gatherings. She also enjoyed square dancing and was a member of the “Buttons & Bows.”
She is survived by her daughter Linda (the late Joseph) Gordon of Branford, her son Alan (Kristen) Green of Bethany, and grandchildren, Julie (Steve Buccitti) Gordon-Buccitti of North Branford, Amy (Darren) Woodman of Granby, Sarah (Tyler) Turrentine of Austin, Texas, and Jennifer Green of Las Cruces, New Mexico. She is also survived by her great-grandson Noah Woodman. Lorraine was predeceased by her brothers; Howard H. Dill, Harry R. Dill, and Robert Dill.
Funeral arrangements will be private and in care of Beecher & Bennett Funeral Service, 2300 Whitney Ave., Hamden. Memorial contributions may be sent to Shriners Children’s New England, 516 Carew St. Springfield, MA, 01104.