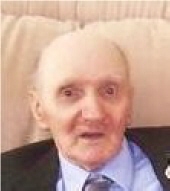 Louis James Pontolillo, 87, beloved husband of 65 years to Evelyn Payne Pontolillo, of Jepson Lane, Meriden, passed away on July 24, 2009 at Mid State Medical Center after a short illness. He was born in Meriden on July 8, 1922 to the late James and Claribel Conklin Pontolillo and stepmother Gertrude Lemke Pontolillo. Besides his wife, Louis leaves his children, Evelyn Garcia of Naugatuck, James Pontolillo and his wife Anita of Waterbury, Louise Damiata and her husband Joseph Jr. of Middlefield, Karen Putnam of Woodbury, Terry Labbe and her husband Fred of Meriden and son-in-law Robert Mowad of Torrington ; siblings, Marion Gawlak of Durham, Peggy Kreck of New Mexico, Trudy Oldendick of OH, and Peter Pontolillo; eleven grandchildren and nine great grandchildren. Louis is predeceased by his daughters, Ruthann Mowad and infant Christine Pontolillo; sisters Dolly King and Audrey Morrison; son-in-law , Raul Garcia; grandson Anthony Pontolillo and great granddaughter Kasey Labbe. Louis proudly served his country during WWII as a Corporal in the Marine Corp. from 1942-1946. He worked as a Tool Setter for General Motors in Meriden and Bristol. His part-time job was as a photographer partaking in such events as weddings. Also a historian, Louis did a lot of work for the Meriden Historical Society. He was a gunsmith and avid shooter and belonged to the New Departure Fish and Game Club. Louis was a strict, but loving father with a good sense of humor, a devoted husband, and good provider who will be remembered for always putting family first. A Memorial Service will be held at Beecher & Bennett- Flatow Funeral Home, 48 Cook Ave., Meriden on Wednesday, July 29th at 11 a.m. Friends may visit with the family Wed. morning from 10 to 11 a.m. Interment will follow at the CT State Veterans Cemetery in Middletown.