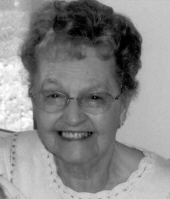 Louise C. Staley, 87, wife of the late Charles E. Staley, passed away on December 8, 2010. She was born in Fall River, MA on March 13, 1923 a daughter of the late Willis and Louise Anderson Ward. Louise is the mother of Charles A. (Barbara Mangiafico) Staley of Sussex, Wisconsin, Kenneth P. (April) Staley of Tolland, and Joanne S. (Ross) Orr of Old Lyme. Grandchildren include Eric (Laura) Staley of Allen TX, Krista Ann Staley (Paul Gilbert) of Pittsburgh, PA, Kyle Orr of Old Lyme, and Jeffrey Peghiny of Tolland. Survivors also include her brothers Donald (Carol) Ward of Clinton, Robert (Ginny) Ward of Cheshire, and her sister Marlene (William) Schmidtke of Fallbrook CA. A host of nieces and nephews will remember their Aunt Louise for her hugs, her smiles and her Christmas cookies. Besides her parents she was predeceased by a son, Gary R. Staley. Louise graduated from Commercial High School in New Haven in 1940. She worked for the New Haven Clock Shop prior to World War II and during the war she worked the 3rd shift with her father at American Tube Bending in New Haven. She married Charles Staley on Aug. 8 1942, who served in the Navy, and they lived in the Westville section of New Haven for more than 50 years. She was a devoted mother to her children, and enjoyed being actively involved in their pursuits. After her husband's death, she moved to Old Lyme. In November 2010, she entered a rehab center in Old Saybrook and Louise's family would like to thank Dr. Tobin and the doctors, nurses, social workers and staff at Apple Rehab/Old Saybrook for the wonderful and compassionate care they extended to Louise during her illness. Funeral will be private. Services in care of BEECHER & BENNETT, 2300 Whitney Ave., Hamden. Contributions in Louise's name may be sent to American Diabetes Association, 300 Research Parkway, Meriden, CT 06450 or an animal charity of your choice.