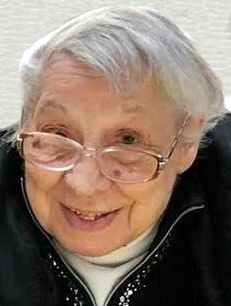 Louise Octavio Higgiston, age 101, died on January 22, 2021 in Hamden, CT. She was the devoted mother of Mary Louise Higgiston. She is also survived by her sister, Sr. Maria Louis Octavio, as well as many nieces and nephews. She was predeceased by her husband of 65 years, John J. Higgiston, her parents, Louis and Angela Octavio, and four sisters; Mary Roberts, Yolanda Lawrence, Antoinette Gigliotti, and Ida Durkin.
Louise was valedictorian of her 1936 graduating class at Danbury High School. She graduated with honors from Danbury State Teachers College, and earned her Masters Degree in Special Education and sixth year Administration Certificates from Southern Connecticut State University. She also attended New York University.
She began her teaching career in a one room schoolhouse with six grades in Ellington, and later taught junior high in Trumbull, sixth grade in New Fairfield, and second grade in San Diego, CA during World War II. She met her husband John Higgiston, who was stationed in the Navy in San Diego, at a USO Club where she was singing and playing the piano with her sister Yolanda. She returned to Connecticut after the war, where she taught in New Canaan and later Wallingford. Louise retired as the Director of Special Education in Wallingford.
She served on Governor John Dempsey’s Advisory Council for Exceptional Children and worked with then-Secretary of State Ella Grasso. She was influential in the drafting and passage of the first legislation for disabled children in Connecticut, one of the first states in the US to mandate such educational services. This legislation served as a model for the Individuals with Disabilities Act (IDEA), which still exists to this day.
She was elected to membership in Kappa Delta Pi, honorary society of education. She was a past president of the New Haven chapter of the Council for Exceptional Children, a past member of the Paradise Country Club in Hamden, and into her 90s was still an active tennis player with the same foursome at the Health and Racquet Club of North Haven.
Louise’s faith was very much a part of her life. She was an active member of Ascension Roman Catholic Church in Hamden, where she served as a lector. She was a past president of the Legion of Mary Society, a member of the Ladies’ Guild, and served as a member of the Church Council for many years. For over 30 years, she led the recitation of the Rosary of Our Blessed Mother before Saturday evening Mass.
In her later years she lived at Atria Larson Place, where she was cared for by her beloved friend and elder care manager Bernadette DiGiulian, by Evelyn Brown, a faithful aide of many years, and in the last year of her life by Emma Reyes, who became her 24 hour companion and nurse. Louise also attended the Clelian Center for 12 years, which gave her great happiness.
There will be no calling hours. A Mass of Christian Burial will be celebrated at Divine Mercy Parish-St. Rita Church, 1620 Whitney Ave., Hamden on Friday, January 29th at 10:00 a.m. Burial will be privately held in the family plot at St. Peter’s Cemetery, Danbury. In lieu of flowers, contributions in Louise’s memory may be made to the Clelian Center, 261 Benham St., Hamden 06514. Arrangements are in care of BEECHER & BENNETT FUNERAL HOME, 2300 Whitney Ave., Hamden.