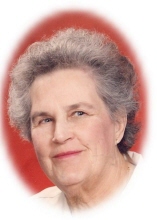 Lucille C. Harding, wife of the late Allan E. Harding husband of 52 years, passed away Friday, May 16, 2008 at home peacefully with her children by her side with the support and comfort of the CT VNA Hospice. Born in North Stonington, Connecticut on November 16, 1925, Lucille was the daughter of the late Giles S. and Nina P. Chapman. Lucille graduated from Stonington H.S. and was employed as a teacher at Mystic Oral School prior to her marriage. Lucille was an exceptional homemaker and mother, who in her first 20 years of marriage moved 8 times before finally settling in Meriden. Quite often she mentioned how moving her 3 kids was quite a feat. Lucille was a member of the Mayflower Society. Locally she was involved in the YWCA and a member of Center Congregational Church. Her involvement and devotion to church was a lifelong vocation. She participated in many clubs, committees but her favorite was Kionia. Kionia provided her with many friends, activities and adventures. After her husband's death in 1998, Lucille became a world traveler. She lived and maintained her own home until her passing. Her family was always amazed by the dedication and effort she put into the holidays, which always took place at her home. Her flair for decoration and food preparation was legendary. She lived by her creed of 'I will do my best'. She took great joy and pride in her family's accomplishments. She will be sorely missed by her many friends and family. Lucille is survived by her sisters-in-law, Gwendolyn Chapman of Mystic, Connecticut and Jean Harding of Hixson, Tennessee, her brother-in-law, Reverend Henry Harding of Rumney, New Hampshire, daughter Nina H. and husband Robert Brash of Clarendon Hills, Illinois, son Allan C. and wife Roe Harding of Meriden, Connecticut, son William G. Harding of Barkhamsted, Connecticut. Grandchildren Rory Hazard, Kyle and Melissa Harding, Kelly and Ray Sardinas and Jonathan Harding, and great grandchildren Ricky Tramuta and Kyra Rose Sardinas. Calling hours will be at Center Congregational Church, 474 Broad St., Meriden on Tuesday, May 20, 2008 at 10 a.m. Funeral Services will be held at 11 a.m. at Center Church's Sanctuary. A private burial will be at Elm Grove Cemetery in Mystic Connecticut. In lieu of flowers, please send memorial gifts to Community Foundation of Northwest Connecticut in memory of Lucille C. Harding, in support of the Women's and Girl's Fund. Checks may be made payable to 'CFNWCT- Lucille Harding Memorial' and mailed to P.O.Box 1144, Torrington, CT 06790. The Beecher & Bennett-Flatow Funeral Home, 48 Cook Ave., Meriden is in charge of the arrangements.