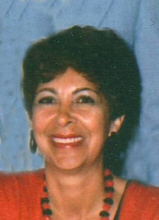 Lucille Gianfriddo, age 78, of West Haven, passed away on February 16, 2016. Lucille was born in Hartford, CT on May 3, 1937; a daughter of the late Louis & Lucy (Veneziano) Gianfriddo. A resident of West Haven most of her life, she formerly worked as a secretary for the City of West Haven and a secretary in the auto industry, but her most valued work was that of taking care of her sister Patty for the last 15 years who also recently passed away in December. While living at Morrissey Manor she was active it the Community Senior Center and planned many functions there for the seniors. Lucille is survived by her brother Thomas Gianfriddo of New Haven; her sister in-law Anne Gionfriddo & her daughter Lisa; longtime good friends Norma and Elaine Leavitt, Rosa Kinsey, Sonny Connelly, and Marie. She also leaves several nieces & nephews and a host of many other close friends. Lucille was predeceased by her sisters Angie Sincavage & Patricia Criscuolo and her brothers Louis & Emanuel Gianfriddo. Friends may attend her Mass of Christian Burial on Friday, February 26th at 11:00 AM in Our Lady of Victory Church, 600 Jones Hill Rd, West Haven. Her Interment will be private in All Saints Cemetery. Arrangements are in care of BEECHER & BENNETT FUNERAL HOME, 2300 Whitney Ave, Hamden.