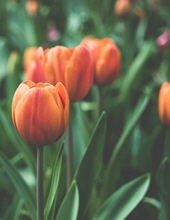 MERIDEN-Lydia Esther Porsch, 91, of Meriden passed away on April 10, 2018 at Coccomo Health Care Center after a short illness. Born in Caguas, Puerto Rico on May 5, 1926 to the late Esther Cruz. She will be remembered by her children, Anita Porsch (David Cumberlidge) and Steven (Carol) Porsch, both of Meriden; grandchildren and the lights of her life, Matthew Stenio and Lauren Elizabeth Porsch; and nieces, Nancy Atterbury (Gregg), Evelyn Gratacos, and Yvette Gratacos. She was predeceased by her brother, Jose 'Pepito' Gratacos. Lydia had lived in Meriden since moving to America as a young adult. She worked at Meriden Hospital for 30 years as a seamstress. Bingo, cooking, and watching the Red Sox were her favorite pastimes. Most important to her though, was her family and the time spent with them. BEECHER & BENNETT-FLATOW FUNERAL HOME, 48 Cook Ave., Meriden in care of private arrangements.