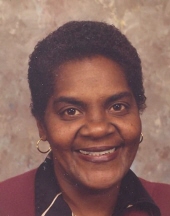 Meriden - Mable Harkless, 70, beloved wife of Curtis Harkless Sr. of Meriden died May 26, 2007 at MidState Medical Center in Meriden. Born in Cumberland County, Virginia on April 12, 1937 she was the daughter of the late Ackery and Verdia Riddle. She was a lifelong resident of Meriden. Besides her husband she is survived by five daughters and their spouses, Ada and Orlando Garcia, Verdia and Jay Mitchell, Barbara Raye, Debra White and Don Ald, Cynthia and David Badillo, six sons, Jody and his wife Tanya Raye, Michael Raye, Curtis Harless Jr., Clarence Harless, Gregory Harkless, Jerome Harkless and Jackie Harkless. She was predeceased by a son John Raye and a brother Alonzo Riddle. She is also survived by 28 grandchildren, 18 great-grandchildren, a special friend Catalina Arce and will be missed by a host of friends and family. Funeral service Thursday, May 31 at 1:00 p.m. at Beecher & Bennett-Flatow Funeral Home, 48 Cook Ave., Meriden. Burial will follow at Walnut Grove Cemetery. Relatives and friends may call at the funeral home on Thursday from 11 a.m. - 1 p.m. prior to the service.