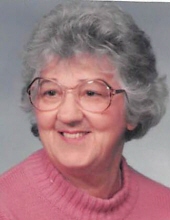 Madeline E. Bassett, 102, wife of the late Paul G. Bassett, passed away peacefully April 29, 2020. Loving mother of Priscilla A. (George) Mosher of North Haven, Madeline (Lawlor) Maturo, formerly of Durham, CT, Albert Maturo of Dania, FL, Kenneth (Lauren) Maturo of Northport, FL, Robert (Dianne) Maturo of Sarasota, FL and Ronald Maturo of Wallingford. She is also survived by 12 grandchildren, 23 great-grandchildren, and 8 great-great-grandchildren. In addition to her husband, she was predeceased by her sisters, Isabelle Infantino and Helen Eramo, and brothers, Dominic and Charles Eramo. Mrs. Bassett resided in Hamden for most of her life before moving to North Haven in 1996. She was employed with S.N.E.T. Co for 26 years, starting as an operator and later as a clerk before retirement in 1981. She was a member of the Telephone Pioneers and a communicant of Our Lady of Mount Carmel Church, where she sang in the choir. Madeline also attended the North Haven Senior Center and sang with the Songsters. Her burial will be private, with a Memorial Mass to be scheduled. Contributions in her memory may be sent to the Resident Fund at Whitney Rehab, 2798 Whitney Ave., Hamden, CT 06518.