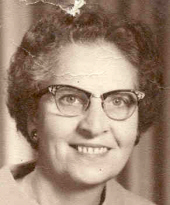 Mae Charette Clark Swift, of Meriden passed away, Fri. Feb. 25, 2006 at MidState Medical Center. Mrs. Swift was the widow of Melville D. Swift, Sr. She was born in Fort Kent, ME Jan. 2, 1913, daughter of the late Pea and Catherine Charette. She was educated in the Fort Kent School System. She was also a resident of Presque Isle, ME, for 35 years where she lived on the family farm prior to moving to CT. In Meriden, Mrs. Swift was employed for many yearsas a shipping clerk by AGC., Inc. prior to her retirement. She was a member of the Beacon House Full Gospel Church in Wallingford. She is survived by a daughter, Mary Clark Newcomb of Meriden, a son James Edward Clark and his wife Joan of Brewer, ME, a sister Madeline Desjardins and her husband Chet Bak of Wallingford, 2 brothers Edgar Charette and Ernest Charette and his wife Egline of Fort Kent, ME, a grandaughter Tanya Newcomb of Ansonia and several nieces and nephews. Mrs. Swift was predeceased by several brothers and sisters. Funeral service will be held at BEECHER & BENNETT FLATOW FUNERAL HOME, 48 Cook Ave., Meriden, Wed. evening, March 1, 2006 at 6:00pm, oficiated by Pastor Dan Boisvert. Interment will be in Fairmount Cemetery, Presque Isle, ME. Friends may call Wed. from 4-6pm. Contributions in memory of Mae may be made out to the American Heart Association, 5 Brookside Dr., Wallingford, CT 06492 OR a charity of ones choice.