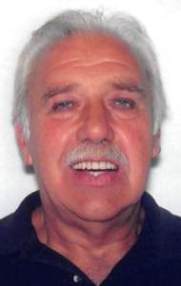 Marco P. DeFonzo, age 80, of Hamden, passed away comfortably on August 27, 2022 surrounded by his family at Yale-New Haven Hospital/St. Raphael Campus. Born in New Haven on November 19, 1941, he was the son of the late Peter and Rose (Manlio) DeFonzo. Marco is survived by his beloved wife Dolores P. (Harrison) DeFonzo; his daughter Janine DeFonzo Martino of Hamden; his son Marc and his wife Segred DeFonzo of North Haven; and his grandchildren Robert and Leah Martino and Christopher and Mason DeFonzo. Marco was predeceased by his sister Martha Harrison. He is also survived by several extended family members, including many nieces and nephews that he loved dearly. Marco was born and raised in Westville and later moved to Hamden to raise his family, making strong connections throughout the area. Marco was a dedicated and hard worker, having retired from Amtrak Railroad after operating as a train inspector for 42 years. Marco was a kind and generous soul who found the most happiness when surrounded by his family, friends, and dogs. Marco will be missed by many for his endearing personality, incredible patience, and calming nature.
Friends may visit with Marco’s family on Wednesday, August 31st from 4:00 to 8:00 p.m. at BEECHER & BENNETT FUNERAL HOME, 2300 Whitney Ave., Hamden and may attend his Prayer Service in the funeral home on Thursday, September 1st at 10:00 a.m. Burial will follow in Centerville Cemetery, Hamden.