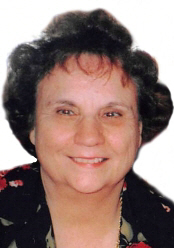 Margaret Stefanec, 76, passed away on August 1, 2021. She was predeceased by her parents Cheryth Crowther and John Townsend, and is survived by her husband of 54 years Richard, and her daughter Laura. Burial took place in a private ceremony on August 3, 2021. Donations can be made to Foundation Fighting Blindness – https://www.fightingblindness.org.

Marge was an ambassador with the “Welcome Wagon” service, through which she met her dearest friends Robert and Michele. She was also a business owner during a time when women in business were not given the same respect as men. She and her father owned a small clothing store, Jo-Mar Maternity in Hamden, later opening a second store.

She became visually impaired at a very young age but didn’t allow it to stop her. She traveled alone and with friends, made business buying trips to New York City, and became a lover of slots and other games at Mohegan Sun. Her courage and determination were inspirational, as was her smile.

Highlights of her life included meeting Phantom of the Opera actor Michael Crawford and two other Phantom actors, traveling with her father to the sites of his World War II experiences, and working at a consignment shop where she met her “sister” Sandra.

Richard and Laura thank Robert and Michele, their daughters, and Sandra for their friendship and support. BEECHER & BENNETT, 2300 Whitney Ave., Hamden provided arrangements.