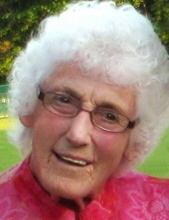 Margaret (Peggy) Bowers Allison, 84, of Hamden, died peacefully on November 29, surrounded by her family. Despite her many chronic and progressive medical conditions, Peggy amazed and inspired those around her with her incredible strength, adaptability and determination to embrace life fully until the end. 'Peggy Ruth' was born to Ruth (Carson) and Russell Bowers January 18, 1929 in suburban Philadelphia. She grew up in nearby Lansdowne, with her older brother, Jack, whom she adored and admired. She excelled in school and left Pennsylvania to attend Wellesley College in Massachusetts. From then on, Peggy became a devoted New Englander. At Wellesley, she established life-long and treasured friendships, especially with Pat Rice and Nancy Abu Haydar. Peggy enjoyed more than 50 years of marriage to her great love, the late Walter Leslie (Les) Allison, Jr. After marrying Les in 1953, the couple raised their four children, Shelley, Sandy, Lee and David, in North Haven, and then New Canaan, Connecticut. In both towns, she forged close friendships that continued throughout her life. During 27 years in New Canaan, Peggy was actively involved in her community, including the Congregational Church and The League of Women Voters. She was most proud of helping to bring affordable housing and an 'ABC' House (A Better Chance) to New Canaan. She also enjoyed working at The New Canaan Book Shop, which she considered an extension of her Wellesley English major and her work after college at The Boston Public Library. In 1993, Peggy and Les retired to their home at Eastman in Grantham, New Hampshire, before returning to Connecticut in 2005. During her time at Eastman, Peggy volunteered at David's House at Dartmouth-Hitchcock Medical Center, trained as a hospice volunteer, and pushed hard to establish her church as an 'Open and Affirming' congregation. At Whitney Center, in Hamden, she maintained her involvement, chairing the Lecture Committee for several years, and participating in many other activities, including regularly reading to children at a nearby school. Peggy was an avid sports fan, and loved rooting for her children's teams when they were young, as well as the Boston Red Sox and New England Patriots. She loved cheering for and supporting her grandchildren at their many sports competitions, and at theatre and musical performances. Countless friends and teammates of her grandchildren knew and loved 'Nana' and will feel her absence. Peggy/Nana will be missed most by her children, their spouses, and her seven beloved grandchildren. They are Shelley Allison and Mark Flieger, and their son, Ross, of Scituate, MA; Sandy Allison and Jim Horwitz, and their children, Ben, Allie and Evan, of Woodbridge, CT; Walter Leslie (Lee) Allison, III, of Chicago, IL; and David and Lisa Allison, and their sons, Schafer, Reese and Scott, of Cincinnati, OH. She is also survived by her brother and sister-in-law, John C. (Jack) and Beth Bowers, of Myrtle Beach, SC, her sister-in-law, Jean Van Horne, of Chicago, IL, and numerous nieces, nephews, and their families. Above all, Peggy was about giving. Her definition of family was broad, and she enthusiastically opened her home to others. Her extended family included Alain and Nati Gubler and family of Winterthur, Switzerland; Mark and Anne Blue and family of Westminster, MD; and Marcie and Kevin Brainerd and family of Guilford, CT; and Kori Cho and family of Hong Kong. Peggy was committed to equality, inclusion and social action. She was outspoken and held fast to her strong progressive views, staunchly defending the many causes she championed. She loved reading The New York Times, and was sharp and informed, not missing anything going on around her, even in her final days. She loved to hug and be hugged. Peggy's reach was wide, her heart was huge, and she leaves an enormous void. Peggy's family thanks all who cared for her so lovingly and attentively at Whitney Center. They extended themselves repeatedly to accommodate her desire to be out and about, involved in activities in and around New Haven, even as she became increasingly frail. A memorial service will be held on January 11, 2014, at 2:00 p.m. at Whitney Center, 200 Leeder Hill Drive, Hamden, CT. Memorial contributions may be made to Wellesley College Students' Aid Society, Inc., 106 Central Street, Wellesley, MA 02481-8203 http://www.wellesley.edu/studentsaid or A Better Chance, Inc. of New Canaan, P.O. Box 355, New Canaan, CT 06840 http://www.abchouseofnc.org