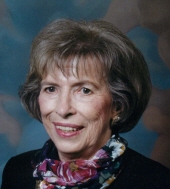 Margaret 'Peggy' Harrison Carter, 82, of Meriden, passed away suddenly on Nov. 22, 2013 while on a cruise in Hong Kong. Her family takes comfort knowing she was doing what she loved when she passed away. She was born in Queens, NY, a daughter of the late Charles and Ruth Kettlehut Harrison and was a life long Meriden resident. She was a graduate of Meriden High School Class of 1949, and graduated with honors from the Hartford Institute of Accounting. Margaret was an accountant, running her own business for over 30 years. She was a long time member and former treasurer of St. John Lutheran Church. She served on the Ethics Committee for the City of Meriden and was Chairperson of the Committee for several years, was a member of the Meriden Kiwanis Club, Rotary Club and the Soroptimist Club. Always active in local politics Margaret served on the Republican Town Committee and ran for the Board of Ed and City Clerk She is survived by her children, Susan Kaminski of Meriden, David Carter of Wolcott, VT, Janet (David) Marsh of Meriden and Attorney William (Karen) Carter of Meriden, her loving grandchildren, Callie Kaminski, Marcos, Whitney, Jack, and Owen Carter, and her great grandchildren Jason & Jaxson Dorau. She is also survived by a cousin Rosemary Golden. Mrs. Carter was predeceased by a brother Charles Harrison, two infant sisters, son in law Vincent Kaminski, and 5 uncles. Funeral service Wednesday, December 11, 2013 at 11 a.m. in St. John Lutheran Church, 520 Paddock Ave., Meriden, CT 06450. Interment in Gethsemane Cemetery, Meriden. Friends may call Tuesday from 4 - 8 p.m. at BEECHER & BENNETT-FLATOW FUNERAL HOME, 48 Cook Ave., Meriden. Memorial contributions may be sent to the St. John Lutheran Church, www.saintjohnmeriden.org 520 Paddock Ave. Meriden, CT, 06450 or to the Fidelco Guide Dog Foundation, Inc.,103 Vision Way, Bloomfield, CT 06002, www.fidelco.org.