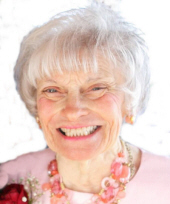 Marianne Concetta Juliano, 79, of Hamden passed away on February 26, 2017 at Yale New Haven Hospital. Born in New Haven on December 7, 1937 to the late Frank and Rose Ramadei Miceli. For 59 years Marianne was the cherished wife and best friend of Claudio 'Chuck' Juliano. She also leaves her sons, Steven Juliano of Hamden, Richard Thomas (Christine) Juliano of Glastonbury; grandchildren, Michael and Leah Juliano both of Hamden and Derek Juliano of Derby; sisters, Carolyn Jackmore of Lake Hopatcong, NJ, Barbara Richardson of Sherman, and Katherine Miceli of Branford. Marianne grew up in New Haven and graduated from Hill House HS. After marrying Chuck they moved to Hamden where they raised their family and continued to reside. Marianne has been active as one of Jehovah's Witnesses for many years. Friends are invited to visit with her family on March 11th from 2:00 to 4:00 p.m. at the Kingdom Hall of Jehovah's Witnesses, 885 Wintergreen Ave, Hamden, CT 06514 followed by a Memorial Service at 4:00 p.m. Burial will be private. BEECHER & BENNETT, 2300 Whitney Ave, Hamden in care of arrangements.