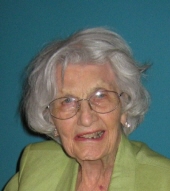 Marie Franz Stone, age 88, formerly of Hamden, CT passed away July 6, 2010 in Hadley, MA. Marie was the widow of Littell Rogers Stone, former President of Stone College in New Haven. Born in Brook Haven, LI, NY on April 17, 1922, she was a daughter of the late Frederick L. & Teresa E. Gunther Franz. Marie is survived by her daughter Christine Stone Thomforde of Hamden, CT and her son Randall J. & his wife Janice Stone of Shutesbury, MA; her sister Ruth Franz of Milford; 5 grandchildren & 6 great grandchildren. She was predeceased by a grandson. A graduate of Mount Holyoke College in 1942, she was active many years as president both of her class and of the Mount Holyoke Club of New Haven. After college she worked for RCA in Lancaster, PA, developing Musak, in the president's office at Yale University, and as a music critic for the New Haven Register. In addition she served churches in Cheshire and Bridgeport as organist and choir director. She was a sponsor and member of the New Haven Chapter of Alpha Iota Sorority at Stone College, and of The Church of The Redeemer in New Haven. A graveside service will be held at 11:00 AM on Friday, July 9, 2010 in Section 4 of Evergreen Cemetery in New Haven. A memorial service will be held at a later date. Arrangements are in care of BEECHER & BENNETT FUNERAL HOME, 2300 Whitney Ave., Hamden. Contributions in her memory may be made to: Mount Holyoke College, 50 College St., South Hadley, MA 01075 or to the New Haven Chapter of Alpha Iota Sorority, c/o Ann Tenoske, Advisor, 16 Ramblewood Dr., Branford, CT 06405.