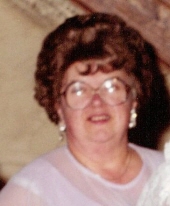 Marie Giordano Aschettino, 86, wife of the late Raffaele Aschettino, formerly of Orange died Friday, February 5, 2010 at the Grimes Health Care Center, New Haven after a long illness. She is survived by by her sister, Camille Russo of New Haven and several nieces and nephews. She was predeceased by her sisters, Josephine Anderson and Rose Gagliardi. Marie was born in New Haven, November 3, 1923, daughter of the late Louis and Maria Zuppardi Giordano. Marie was employed at the New Haven Register in the advertising department prior to her retirement in 1985. She was a resident of Orange for 30 years and a communicant of Holy Infant Church. Funeral from BEECHER & BENNETT-TAYLOR FUNERAL HOME, 410 Campbell Ave., West Haven, Wednesday Feb. 10 at 9:30. Mass of Christian Burial will be celebrated at Holy Infant Church, 450 Racebrook Rd., Orange at 10:00 a.m. Friends may call at the funeral home Wednesday from 8:30 - 9:30 a.m. Entombment will be in All Saints Mausoleum, North Haven. Memorial Contributions may be made to Sister Anne Virginie Grimes, Health Center, 1354 Chapel St., New Haven, CT. 06511.