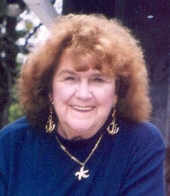 Meriden - Marie Gormley Bradley, 88, of 320 Colony Street died Friday, April 13, at the Bradley Home. She was the wife of the late A. Clifford Bradley. She was born in Meriden, October 11, 1918 a daughter of the late Harry and Louise Pavase Gormley. She danced in an act with her husband Clifford and sister-in-law, Shirley called the Three Aristocrats and performed throughout New England. She was the choreographer for numerous shows including the Kiwanis Kapers. She had owned a Dancing School in PA. She entertained in many convalescent homes in Connecticut and Florida. She was a strong Christian woman who loved the Lord and loved others. She is survived by a daughter and son-in-law Shirley and Robert Ozycz of Martha's Vineyard, MA, two sons and their wives, A. Clifford and Judy Bradley of South Meriden, Rev. Donald H. and Gayle Bradley of South Hadley, MA., a sister-in-law Shirley Beradino of Meriden, nine grandchildren and their spouses Robyn and Luke Parker of Berlin, CT, Robert Ozycz Jr. of Berlin, Kimberley and William Sander of Independence, MO, Deborah and John Celella of Southington., Stacy and Sean Jameson of Southington, Shirley Bradley of Meriden, Rev. Ryan and Nikki Bradley of Hooksett, NH, Karen and Dr. James Rippa of Belchertown, MA, Allison Bradley of Martha's Vineyard, MA, seventeen great-grandchildren and one great-great grandchild and several nieces and nephews. She was predeceased by a sister Genieve Gormley, two brothers Edward Gormley and William Gormley. Funeral service Tuesday, April 17, 2007 at 10 a.m. at the First Baptist Church of Meriden, 460 Broad Street, Meriden. Burial will be in East Cemetery, Meriden. There will be no calling hours. Arrangements are under the direction of the Beecher & Bennett-Flatow Funeral Home, 48 Cook Ave., Meriden. In lieu of flowers contributions may be made to the Second Baptist Church of South Hadley Building Fund, 589 Granby Road, South Hadley, MA. 01075.