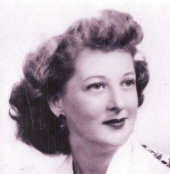 Meriden- Marie Lucille Savulis, 80, died Thursday, Sept. 6 at MidState Medical Center. She was the wife of the late Stanley Savulis and daughter of the late Joseph and Alice Guiel of Guiel Place, Meriden. A lifelong resident of Meriden, she was involved in many civic organizations including being a past local president and state department president of the Italian American World War Veterans woman's auxiliary. She is survived by her two sons, Frank and Jay Savulis, their companions, Donald J. Faulkner and Resa Rinaldi, her grandsons, Allan Savuis (his companion, Courtney O'Brien) and Joseph Savulis and five great grandchildren. She was predeceased by her daughter, Donna Marie Fitzgerald. A Memorial service will be held on Tuesday, Sept. 11 at 10:00am at the Hubbard Chapel, at Walnut Grove Cemetery, Meriden. Burial will follow in Walnut Grove Cemetery. In lieu of flowers gifts in her memory may be sent to Hispanos Unidos, Meriden Health Dept., c/o Ginny Cubano, 165 Miller St., Meriden, Ct 06450, to help with the toys for children living with AIDS annual Christmas party Marie's son Frank, Donald Faulkner and Anne Boylan have sponsored for the last decade. The Beecher & Bennett-Flatow Funeral Home, 48 Cook Ave., Meriden is in charge of the arrangements.