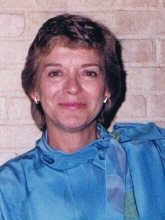 Marilyn McKenna Zolot, 81, of New Haven and Atlanta GA, passed away on Friday, April 22, 2016. She was born in Waterbury, CT to the late George and Edna Poulter McKenna. She leaves her devoted husband of 45 years, Norman Zolot, of Atlanta, GA, her sons David and Marie Monde of Atlanta and Steven and Stephanie Monde of Montpelier, VT. She also leaves her grandchildren Christopher, Madeleine, and Maxwell Monde of Atlanta, and Winslow Monde of Montpelier, VT. After graduating from St. Margaret's Mcternan School in Waterbury, and then Smith College, Marilyn became a meeting and travel planner for 20 years until her retirement. She was an avid traveler, having traveled abroad as recently as last year, and a devoted bridge player and opera fan. Friends are invited to visit with Marilyn's family on Tuesday April 26, 2016 from 5-7pm in the BEECHER & BENNETT FUNERAL HOME, 2300 Whitney Ave. Hamden. Her funeral will be held at 9am on Wednesday April 27 in the funeral home. Burial to follow in Eastside Cemetery, Woodbridge.