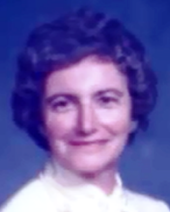 Marion Lupoli Boulia, a.k.a 'Mrs. B.,' 86, of Havelock, North Carolina, died Saturday, January 7. She was born in New Haven, the third of five children of the late Gennaro and Alice Mongillo Lupoli. Marion served in the United States Marine Corps (USMC) 1953-54 and was a recipient of the National Defense Service Medal. While stationed at Parris Island, SC, she met Sgt. Paul V. Boulia, also stationed at Parris Island. They were married on November 7, 1953. They shared 44 loving years together until his passing on April 1, 1998. Marion was a graduate of Hillhouse High School and Carteret Technical College in North Carolina. Marion enjoyed various career opportunities over the course of her life. The USMC provided her training within the Defense Messaging System, formerly known as 'AUTODIN.' She applied those skills at the Marine Corps Air Station Cherry Point Communications Center and became Senior Supervisor, retiring in 1991 after 30 years as a Federal Civil Servant. Marion also worked closely with her husband 'Mr. B.,' the owner and operator of both Havelock Bake and Snack Shop and Jolly Pizza. They later merged to become Mr. B's Jolly Pizza. After her Federal Service retirement, her son, Bill, asked Marion to be Comptroller of his expanding business, Boulia Construction & Restoration, where she lovingly worked for 20 years. As part of a family-owned business, Marion found joy in seeing her children daily and in working with them. Marion was a member of the Women Marines Association, American Business Women's Association, and the Newport Women of the Moose. Marion is survived by sons, Michael C. Boulia and wife, Terri Lea, and William P. Boulia, all of Newport, NC; son, Gerald A. Boulia and wife, Charlotte, of Havelock, NC; daughter, Annette Boulia and husband, John Kirby, of Newport, NC; and her dear, loving and trusted friend and caregiver, Susan Scott Deane, of Havelock, NC; seven grandchildren; and eight great-grandchildren. She also is survived by a brother, Carmen M. Lupoli, and sister, Attorney Geraldine A. Lupoli. She was predeceased by her sisters, Madeline L. Carloni and Lenora L. Erickson. A Mass of Resurrection was held at Annunciation Catholic Parish in Havelock, followed by burial with full Military Honors at The Coastal Carolina State Veterans Cemetery in Jacksonville, North Carolina.