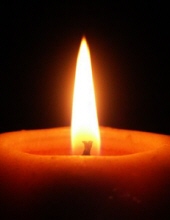 Marjorie E. Cavanaugh, age 103, of Meriden, loving wife of the late Michael Cavanaugh, passed away on November 16, 2019 at Miller Memorial Community in Meriden. She was born on March 6, 1916 to the late Woodman and Nellie Spargo Carne. She leaves her sons Michael Cavanaugh and his wife Nancy of Meriden, and Dale Cavanaugh and his wife Terry also of Meriden. Marjorie also leaves her grandchildren; Rick Cavanaugh, Kristen Bellantuno (Paul), Michelle Ruggiero (Ron), Lisa Johnson (Greg), great-grandchildren; Samantha and Trevor Cavanaugh, Joshua and Kaylee Bellantuno, Madyson and R.J. Ruggiero, Michael Perez and Xander Johnson. After graduating high school Marjorie went on to work in sales for many years, mostly for the W.T. Grant Company until her retirement. Her family would like to thank the staff at Miller Memorial Community for the compassionate care for their mother during her time there. Services are privately being held at the convenience of Marjorie's family, and are under the direction of Beecher & Bennett-Flatow Funeral Home, Meriden. Memorial contributions in her name may be made to Miller Memorial Community 360 Broad St. #1 Meriden, CT 06450.