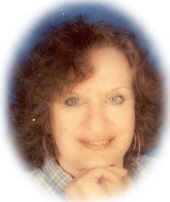 MERIDEN - Marsha Ann Spisak, 64, of 29 Raymond Drive, South Meriden, died Wednesday, March 7, 2007, at MidState Medical Center. She was the wife of the late Steven Joseph Spisak. Born in New Britain on Feb. 11, 1943, she was the daughter of the late Raymond and Martha Patzke Frazier. She was a retired taxi and bus driver for Tony's Garage in Plainville. She was an avid bingo player and champion. She had a big heart and was loved by everybody. She is survived by six daughters, Linda Spisak and William Sarles, Regina and Donald Lawrence and Brenda Spisak, all of Meriden, Deborah and William Hamilton of Hinsdale, N.H., Susan and Kevin Brooks and Sharon Spisak and Miguel Cruz, all of Meriden; two brothers, Raymond Frazier of Southington and Charles Frazier of Meriden; a sister, Diane Frazier; two sisters-in-law, Regina Frazier of Berlin and Rosemary and William Rosano of Berlin; nineteen grandchildren; fourteen great-grandchildren and several nieces and nephews. The funeral will be held Monday, March 12, at 12 noon at the Beecher and Bennett Flatow Funeral Home, 48 Cook Ave., Meriden. The Rev. Dr. John W. Clarke will officiate. Relatives and friends may call from 11 a.m. to 12 noon prior to the service. Burial will be at the convenience of the family.