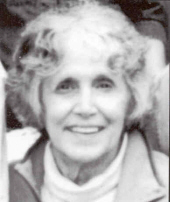 In Woodbridge, April 25, 2006, Martha Adelizzi Uihlein of 45 White Oak Lane, wife of George Burwell Uihlein. Born in Norwich, CT on December 8, 1927, she was the daughter of the late Joseph M. and Alma Schultz Adelizzi. She spent her childhood in Poughkeepsie, NY. She studied at Connecticut College in New London, graduated from the Katharine Gibbs School in Boston, and worked briefly at Wiggin & Dana in New Haven. A resident of Woodbridge for many years, she was an active volunteer at the Woodbridge First Church of Christ, the Dixwell Community House, New Haven Colony Historical Society and the Yale New Haven Hospital Auxiliary Board. She will be missed by her adoring family: her loving husband of fifty-five years, and her children, Eric Edward Uihlein of New Fairfield, Roger Joseph Uihlein, and his wife Shula, of New Haven, James Burwell Uihlein, and his wife, Ann Marie of Westbrook, and Lisa U. Swain, and her husband, John of Newtown, her brother, Joseph M. Adelizzi, and her sister, Margaret Louise LaVin, both of New Haven and her seven grandchildren. She was predeceased by her sister, Vita C. Shugrue. Marti enjoyed spending more than fifty summers at Mansfield Grove with her family and good friends. The family will be celebrating her life at a private gathering at Beaverdale Memorial Park. In lieu of flowers, contributions may be made to The Angel Charitable Trust, PO Box 1013, Old Lyme, CT 06371. Arrangements under the direction of BEECHER & BENNETT, 2300 WHITNEY AVE., HAMDEN.