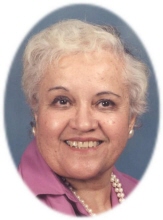 Mary Brooks Snyder, 89, of Miami , FL, (formerly of Hamden) died on September 1, 2007 after a long illness. Born in Scranton, PA, August 8, 1918, to the late Clarence and Stella Paul Brooks. She graduated from Coughlin High School in 1937, and married the late Luther W. Snyder in 1941, moving to New Haven that same year. After being a homemaker for many years, she worked at Yale University, as a research assistant in Wright Nuclear Structure Laboratory, before retiring in 1985. She was a member of St. Luke's Episcopal Church, and a founding member of the New Haven chapter of the Jack & Jill of America. She was predeceased by her husband, a son, Dale, and her brother, Clarence Brooks. Survivors include her son and daughter-in-law, Roy and Iris Snyder of Miami, FL; daughter Jill Snyder of Hamden; grandsons, Darryl and Sean of New Haven; sisters, Sarah Brooks Dixon of New Haven and Lillian (Harry) Brooks Brown of Fayetteville, NC; plus several nieces and nephews. A Memorial Service will be held at 10 a.m. Saturday, Sept. 8 at BEECHER & BENNETT, 2300 Whitney Ave., Hamden. Friends may call from 9:30 to 10:00 a.m.