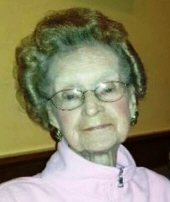 Mary H. Young, 89, of Hamden, passed away peacefully at The Connecticut Hospice in Branford on October 21, 2015. Mary was born on April 5, 1926 in New Haven, Connecticut, the youngest of five children of the late James and Mary Ellen Bodie Hartigan. She grew up in New Haven, and spent several years in the Spring Glen section of Hamden where she was a homemaker and raised her children. In her later years, Mary was employed by Anthem Blue Cross and Blue Shield in North Haven and lived at Pilgrim's Harbor Condominiums in Wallingford. She returned to Hamden at the beginning of this year, residing at Benchmark Senior Living. In addition to her parents, Mary was predeceased by her siblings Margaret Claffey, Eleanor Radeach, William Hartigan and her twin sister, Ann Patricia Bethke. She was a devout Catholic, had a great gift of gab, loved to sing and dance, relished shrimp scampi, was an avid New York Yankees fan, and adored her granddaughters. Mary is survived by her daughters Kathleen Young (Carmine Greco) of Brewster, Massachusetts and Hobe Sound, Florida, Jennifer Daley (William) of Branford, Barbara Young (James Gordon) of Milford, and her cherished granddaughters Erin and Kimberly Daley of Branford. She is also survived by her best friend, Ann Wall, of Hamden. Her Mass of Christian Burial was held at The Church of the Resurrection in Wallingford, followed by a private burial at St. Lawrence Cemetery in West Haven. Her family would like to express their gratitude to the staff of The Connecticut Hospice for the wonderful care provided to Mary at the end of her life. Those wishing to make a contribution in her memory may do so to Connecticut Hospice Inc., 100 Double Beach Road, Branford, CT 06405. Arrangements were in care of BEECHER & BENNETT FUNERAL HOME, 2300 Whitney Ave, Hamden.