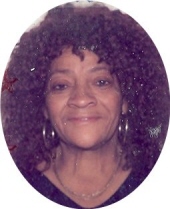 MERIDEN - Mary Helen Nelson, 61, of 581 Crown St., died Tuesday, Jan. 16, 2007 at MidState Medical Center. Born in Athens, TN on Feb. 19, 1945, she was the daughter of the late John L. and Junie Lee Simpson Morgan. For several years she was employed as a machinist at Stanley Works in Wallingford. She was a member of Mount Hebron Baptist Church. She is survived by four daughters, Marquita Nelson, Carla Nelson, Crystal Nelson and Alicia Harding Johnson, all of Meriden; three sons, James C. Jamiel Nelson, Jr., John M. Nelson and Jason J. Nelson, Sr. and his wife, Lisa, all of Meriden; and several grandchildren, great-grandchildren and special friends. She is also survived by her former husband, James C. Nelson, Sr. The funeral will be held Monday, Jan. 22, at 11 a.m. at Mount Hebron Baptist Church, 84 Franklin St., Meriden. The Rev. Willie J. Young will officiate. Burial will be in Walnut Grove Cemetery. Relatives and friends may call Monday from 9 to 11 a.m at the church prior to the service. Arrangements are under the direction of the Beecher and Bennett Flatow Funeral Home, 48 Cook Ave., Meriden. If desired, contributions in Mary's memory may be made to the American Diabetes Association, 300 Research Parkway, Meriden, CT 06450. To send a condolence, please see obituary @www.beecherandbennett.com